Farming Simulator 22 got announced recently, so gamers are excited and waiting for the final months of this year. The game will likely come out sometime between September and November, when we can finally enjoy virtual farming. And this new game release sounds promising. We should expect to see some spectacular improvements, new features, new vehicles, and all kinds of farming machinery from the most reputable farming manufacturers. That should be great for hours and hours of fun, but many gaming fans wonder whether it will be possible to use fs22 mods on consoles. Here we will break down some of the latest information.

Is modding on consoles possible?

According to the latest reports, modding on the most popular gaming consoles like PlayStation 5 and Xbox Series X/S will be possible. The best thing about Farming Simulator 22 is that the game is designed in such a way to allow the easy installation of mods on consoles. There will be some pretty good modding possibilities on these platforms, which will keep the game interesting for the players.

You will have the opportunity to customize numerous things according to your personal preferences. The Giants Software developers confirmed that the modding possibilities would be better and upgraded for this new Farming Simulator 22 game installation. PlayStation 4 and 5, Xbox Series X/S, and Xbox One will all support modding. That is some pretty good news, so rest assured that modding on consoles is possible and an easy thing to do.

Like in the previous versions of this game, you can find all mods for consoles in the Mod Hub. All mods within the Mod Hub will be organized into different categories based on their primary functions – Maps, Combines, Harvesters, Tractors, Tools, etc. When you choose a desired class of mods, the Farming Simulator 22 game will allow you to check the descriptions of the mods, their ranking, and some pictures. The top-rated mods will also be available to select in a category of the most downloaded mods. The Mod Hub is the top spot for looking for various mods to use for consoles.

Another thing to know is that all Farming Simulator 22 mods will come as beta versions after the game's initial release. Soon after, they will become part of the standard group of mods. All mods will go through testing as soon as the game comes out, and if the testing shows positive results, the console mods will take their place in the standard section of mods for the game.

Which mods to use on consoles?

You can use all your favorite mods of the previous versions of the farming simulator game. Besides that, the Giants Software developers will also make available some new mods to use. There is still no specific info or description about the new mods, but they should be out even before the official release of Farming Simulator 22.

One of the most incredible things about this game is that you will have the opportunity to use all mods in the multiplayer mode of Farming Simulator 22 too. The gaming community is eagerly awaiting the new unique mods, so if you play this game on any console, stay tuned for the information that will come out in the upcoming weeks and months.

There are some nice things to know if you want to use Farming Simulator 22 mods for consoles. All mods can help with using machinery brands and tools from authorized manufacturers. Besides that, you can also use some no-name brands and less famous vehicle makers. Also, you can use some map mods on all types of consoles without loading extra scripts.

Regarding file formats, an essential thing to note is that you can easily use the same formats on all consoles, including all PS4/PS5 and Xbox. Everything is pretty straightforward because game creators give lots of flexibility to players, regardless of which device they choose to play the Farming Simulator 22 game. You can rest assured that all gamers will see mods for consoles coming out instantly, adding immense excitement to their new farming adventures. With or without mods, you will undoubtedly enjoy many hours of fun playing Farming Simulator 22. 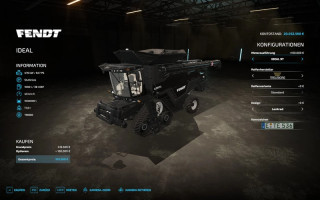 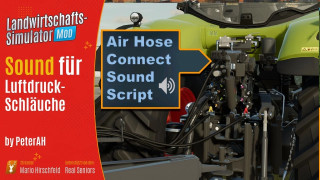 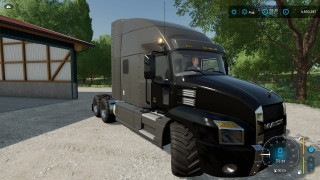