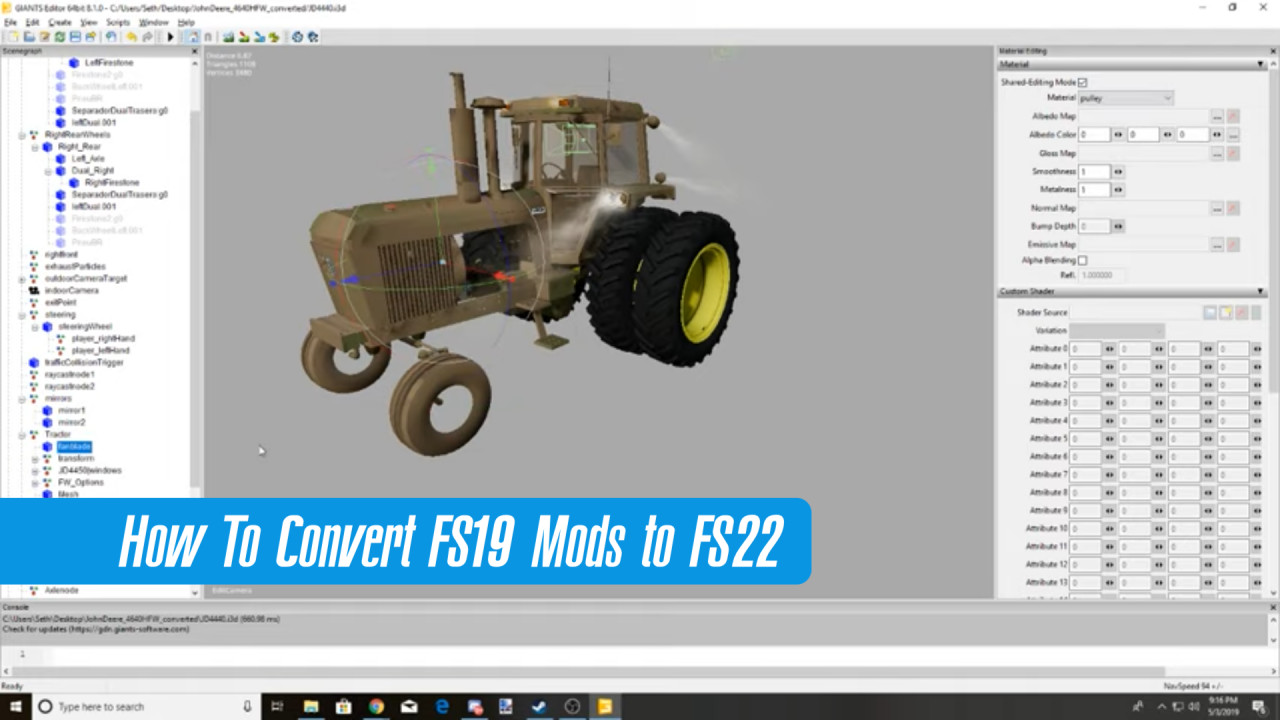 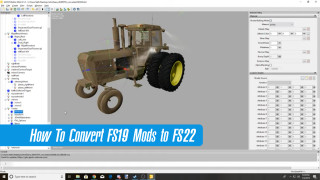 Ever since the announcement of Farming Simulator 22, the gaming world got excited about the game and the possibility of using mods to improve it. Farming Simulator 22 will be a top-quality game featuring hundreds of new machines, tools, vehicles, maps, crops, and other exciting stuff.

The farming process will be on a much superior level compared to previous versions, which will surely keep players interested in the game for a very long time. There is always room for improvement, however. Gamers use and will continue to use mods to make the game even more thrilling. There are mods for all kinds of things within the game, keeping the game fresh and relevant at all times.

Converting Mods From FS19 to FS22

Some people say that the old mods will not be of the same quality because Farming Simulator 22 has an entirely new process for texturing models. The mods might not function optimally, but it is too early for making such speculations. Once Farming Simulator is out, sometime in the Autumn months of this year, there will be some testing of the game, and then we will know whether this is true.

A great thing about Farming Simulator 22 is that the game supports mods for all gaming platforms, including PC, PlayStation, and Xbox. Mods are extensions of the game, which make the game more thrilling and attractive for players. Anyone can create mods and share them with the community, and the FS22 community is constructive. Even complete newbies can quickly learn how to use them efficiently.

You may wonder – why do you need to use mods for this game? Well, mods will keep you interested in the game in case you become bored with the standard game version. Mods are excellent for a change, as you can get some new vehicles, tools, or objects which the base game does not have.

Another good thing from the FS22 developers is that they support players-created mods, adding new maps, crops, machines, and  objects in the game. You can easily download many different mods and create your unique version of the Farming Simulator game. Regardless of whether you prefer playing on PC, Mac, PlayStation, or Xbox – mods are available and easy to use on any gaming platform. tried to convert agromet 50 meter pack and the editor said could not parse the .i3d file the xml files converted but so what without the i3d files its useless any suggestions on another convert option i,am pretty good with manual converting and editing mod files but fs22 is a whole new ballgame dont even know where to start so many things have changed in 22 its a real problem trying to figure what all needs to be changed.

I cannot find a video on how to do the auto convert function.

well, those steps unfortunatly dont work for me, i have tried to convert a simple autoload trailer without success. maybe i am doing somthing wrong. dont know.